Eight Things My Husband Hates About Me 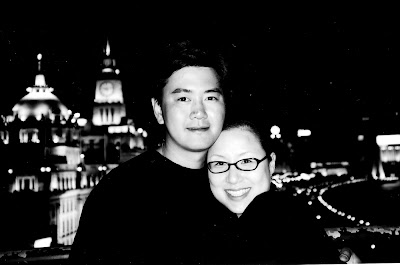 One thing I haven’t talked about in a while is my marriage. If you recall, my dear husband Kai, said he would read a book that I asked him to read on improving marriage. I’m pretty sure he stopped reading it.

I’m not sure how to become happier with our marriage. Once in a while, I say, “We need to talk.”

I have to ask him to turn off the TV and ask him to look at me (sounds like I’m talking to ). I tell him what is on my mind and he usually ends up agreeing with me but lots of times, he doesn’t follow through. (Again, like ) When I last confronted him with how I felt about our marriage, he changed that week. He seemed very concerned and asked me questions about how I felt since I had just been diagnosed with anxiety. Now, I barely get a question like that or a “let me do the dishes.” Yesterday he was nice. I asked him to pick up some wine on the way home even though it was out of the way but he did. He knew I needed it and he asked me if I was okay since me asking him to pick some up meant the kids were running me over that day. It’s funny how he is not afraid that I will abuse alcohol. He even buys those big huge bottles to save money. We are a weird family.

Anyway, instead of blaming him for our marital woes, this time I decided to take a look at myself and see where I may be annoying or irritating him.


Maybe I’ll work on this list, one at a time and see if it makes a difference in how he acts toward me. I hope so but I'm already a bit doubtful… For the past 36 hours, I didn’t have internet access so I ended up cleaning the whole house and doing a lot of organizing. Did he have any comments? Of course not. I have a cup of tea in my hand now and I have been trying really hard not to throw it at him. It’s not even hot anyway.

(Pictured: Kai and I had dinner on M on the Bund in Shanghai during our honeymoon. Behind is is a balcony view of the Bund. Gosh, our lives were so different then. It was only a little over six years ago.)

((hugs)) it sounds like a frustrating place to be. I have no words of wisdom, although I wish I did.

I am certainly not one to give marital advice (just ask my DH!) but ... I bet you can also list at least 8 things he LOVES about you too!!! Nobody is perfect (I hate to admit this about me of course)and even w/o kids, marriage is not the easiest thing in the world. Add to that kids with special needs...Definitely adds to the challenges but it sounds like you have a solid marriage and are really aware of what is great about it and what might need a little work and that is an important realization.

BTW, if you throw the hot tea at him, then you will end up having to take care of his burn too -- why add to the workload?

I think you are headed in the right direction and focusing on things you have control over and might be able to change. Whenever I get frustrated with my hubby, I shift focus to myself and try and be a better person and that helps. One other thing you could do is make a list of all the things you love about your husband... even the things that seem little, and focus on those. If you focus on the things you love about him, his shortcomings might not bother you as much.

I'll try making that list. Also, I've heard that if you say three nice things to your spouse everyday, it can help your marriage. I also give lots of praise when he does the dishes. My ABA taught me that. Yes, I use ABA on my husband.

I read your recent post (I read it most nights while nursing) and although so far my kids are no special needs kids I relate to a lot of the parenting issues you raise from frustration and strains on marriage. I think sometimes you are too hard on yourself. I am so impressed with your dedication and efforts for your family and I am sure that your husband and kids could list 8 things they love about you. My girlfriends and I talk about how marriage requires a lot of work and it sounds like you are putting a lot of effort towards being a wife and a mother. Kai also sounds like a really nice (quiet & silent) guy.

I am not sure if Kai would be open to it and not sure how easy it would be for you to get childcare but marriage counseling can help. It helped us learn how to communicate better. We treated the counseling like a date night since we had to get childcare to attend sessions we also had dinner together beforehand. Sometimes we were so pissed at each other that dinner was not pleasant at all but most times it was nice to reconnect.

Good luck and I just wanted to let you know that even though we don’t know each other I read your posts and hope for the best for you and your family.

Thanks for the great giveaway. Wow, what an amazing giveaway!! Thanks so much.