Are Our Marriages Doomed? 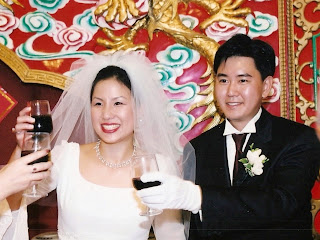 While Can Mom Be Calm was choosing the winners of the marriage advice contest, a health writer who writes frequently about neuroscience at The Washington Post was writing a story about how marriages are challenged by ADHD. I can't believe I didn't see this story for a whole week. (To read the article, you might have to register. It's easy)

I wanted to point it out just in case you didn't see it too. Shankar Vedantam, the writer, pointed out an older study that was already mentioned in this blog but he added new information that the authors of the study did to figure out how ADHD children can cause problems between a couple.

For example, according to his article, they found that dealing with ADHD children influenced the likelihood for parents of ADHD children to consume alcohol after a comparison project where they put parents who had to spend time with children who weren't their own and were trained to behave cooperatively and then another group of parents were placed with children trained to act as if they had ADHD. When given a break, the parents were offered alcohol to drink and then sent back to the same child. The results of this study were that the parents who were placed with the ADHD-like children drank 40% more alcohol. Are you surprised? We are all not surprised, are we. I am wondering why it's not 60%.

I feel like calling my husband and asking him to never turn into a jerk and to always love me forever. Do you think it will help? All I can say is that we are totally guilty of the things mentioned above.

Either way, I am glad this story was written. One of the most important services I receive through Early Intervention for my youngest is my social worker who comes to our home twice a month. She talks to us about everything including marriage, discipline, education for Logan, and my emotional health. Hopefully as Mr. Vedantam and other reporters brings light to these studies, the insurance companies, the government and schools can see that giving a family as much support as possible is necessary to help the child.

I always feel like ADHD is a disability with its own disability. No one can see it. Lots of people think you are making it up especially when your kid is having a good day. It's certainly not like he's on crutches. Although he does need the crutches in his brain, so to speak. And so many of them are bright so even the parent (especially me) forgets why their child will not comply and gets lost in frustration.

Let's hope these studies all help us learn how to become closer to and work better with our spouses.

Here is another link to a follow-up "Your Views" article. I know it's a little late but I would still go ahead and write your comments to the article so the paper has an idea just how important this topic really is.

(Pictured: Kai and I at our wedding banquet. Gosh, remember when your biggest problem was seating charts and making sure your mother-in-law didn't takeover everything?)
Posted by Jenn at 12:38 PM

Thanks for writing about this. Having an ADHD child is very stressful and stress stresses marriage. No surprise really, as you said. Being aware of the danger is certain to help.