Finally on the Couch! 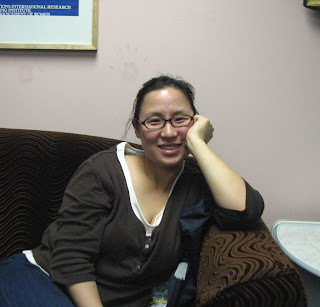 I have to say there is a part of me that hates complex rules and procedures. You can call it ADHD, whatever.... Before Tivo, I never programmed my VCR, I have never done my own taxes, and hated deciding on my benefits plan each year. I also really hate dealing with my health insurance company. I ask them to repeat whatever they said to me two or three times and sometimes, I still don't understand what they are saying to me. I am much better at reading a child discipline book and making charts for behavior and points. These things are much easier for me.

So here is the deal. I have been complaining that I couldn't get psychotherapy because I had to pay a big deductible and then have to pay a large co-insurance but apparently an "in-network" deductible is different from an "out-of-network" deductible. I am used to the latter because of my DAN! doctors but I just assumed that when they said "deductible," I was responsible for a lot more money than I really was.

I have a smart social worker friend who told me to call my insurance company and look for more options despite my deductible issues. So I called them and they said, "Uh, you have already met your deductible to seek in-network mental health treatment. You just need to pay your co-insurance now."

I asked them when I had met this deductible and they did not know so I have no idea how long I had pointlessly let myself suffer in the name of "saving money."

Anyway, since I already had one therapist in mind who was in the neighborhood and did night appointments, I called him right away and saw him this week!

Wow! I was so excited. I wasn't sure what to expect. The last time I talked to a psychologist was in college when I had a not-so-nice boyfriend who was making me crazy. I didn't have too many sessions with her but I remembered feeling good every time after I talked to her.

The therapist asked me a lot of questions and of course, I talked about my kids. How can I not when I am talking about what is stressing me out? However, I think we'll have to figure out how to talk about them while focusing on me. Anyway, I enjoyed my first session and I'm going to go back. He's also going to help me find someone who can prescribe better meds for me. He told me that some people actually abuse Klonopin. It's hard to believe that since I feel like a Mentos would do more for me at this point. This is truly sad for me. Did you know that the first post in this blog was about Klonopin and how much it helped me?

Anyway, I hope my therapist can help me learn to relax. Even if he can't, I think it is nice to be able to talk to someone outside of my "network" about my life, especially during this difficult time. I feel like I've only been a special needs parent for just about two years and still am trying to get used to it. I wonder if I will ever get "used to it."

That thought sounds kind of silly now that I think about it. It sounds like I still haven't fully let it sink in that my child is different. I get very frustrated when I see other parents in denial about their kids and yet now I'm thinking maybe I'm just in a different milder state of denial. Could that be causing my anxiety? Okay, I'm going off the deep end. Time to hit the sack.

(Pictured: My first day sitting on the couch at my therapist's office! I'm such a geek. I even brought my own coffee just so I could enjoy myself more.)
Posted by Jenn at 10:01 PM

I'm jealous! I could use some time 'on the couch' too. I hope you find it helpful. If you learn any great secrets to anxiety management...please share. :-)

Chrissy,
I will absolutely share. My therapist is supposed to teach me some "exercises." I am very curious to find out what they are. But whatever I think will be helpful to the readers, I'll definitely share it!