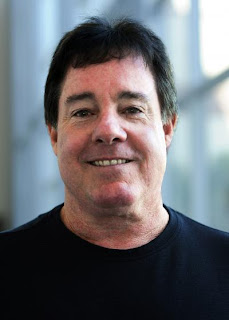 Two studies published in this month's Journal of Abnormal Child Psychology discussed how children with ADHD will need to move around to stimulate their "working memories." I've heard of movement breaks and chewing gum on IEPs but how much activity is this research saying we should let our children have in school or anywhere? When Logan watches t.v. and starts walking on top of the couch, I tell him to GET DOWN. Maybe it is okay to some of you but I just can't even look at it.
The research, authored by Professor Mark D. Rapport, Director of the Children's Learning Clinic at the University of Central Florida claims to be the first study to examine the relationship between working memory and children's activity level. In an email interview, he said that "working memory is the cognitive process that enables you to hold (store) and manipulate (process) information for a brief period of time." The two primary components of working memory were primarily speech-based (anything that can be given a name, including letters and shapes) and spatially-based (e.g., remembering locations that must be re-arranged), respectively.

In the past, Professor Rapport said that we did not know why the children were moving around so much but in a study that compared a set of typical boys with and without ADHD, both the same age and intelligence, revealed some important insight into our children. For example, he found that both sets of boys sat relatively still for Star Wars and for a computer paint game. Then the children were asked to perform an activity that required them remember and manipulate letters. This exercise found the children with ADHD to become much more active, swiveling in their seats and moving their hands and feet. Sound familiar? Dr. Rapport has an idea why.

His research suggest that there is an actual function to all that fidgeting and hands touching everything: the children are trying to keep their minds alert and to help them focus. Occupational therapists that I've spoken with have said similar things but Dr. Rapport had not read those studies to discuss the OT aspect of that theory.

Dr. Rapport used the analogy that adults fidget in their seats to stay attentive during meetings. I am so guilty of that, are you? I can barely sit up straight.

Also of importance, in the same issue of the journal, Dr. Rapport found that the working memories of the ADHD children were lower than that of the typical children. This made me a bit sad. He tested this through various measures, some of which included:

Visuospatial Working Memory- this was to see if a child could remember the sequencing of dots by looking at the visually at a computer. They were to then repeat what they saw.

Phonological Working Memory Task- the children were challenged by being given jumbled numbers and letters and were asked to recall the numbers in chronological order and then say the letter last. (e.g. 5,3,T,9 should become 3,5,9,T)

Of course, this is not necessarily news to us in a way but it's a little sad. Dr. Rapport says, "there is currently very limited empirical evidence that working memory can be significantly improved by training, although we hope to work on examining this question in the near future and I know that others in the field are already examining the possibility." Dr. Rapport warns parents to be wary of non-empirically proven methods already on the market to improve their children's working memories. I'm sure we've all seen ads and some of us have even tried those methods. If you have, please share in the comments section.

He also suggested reading, Susan Gathercole’s Working Memory & Learning: A Practical Guide for Teachers. Dr. Rapport added that medication helps many children in the short-term but that he viewed it as a maintenance therapy and not a cure.

As far as movement in other situations where excessive movement is not exactly appropriate like at the dinner table, he said that there are certain situations where working memory is not really necessary such as watching a movie. Thus, he said, "I would provide them with very clear but reasonable expectations….such as, as soon as you are able to sit quietly for 15 minutes during dinner you may leave the table and [given direction]; and I would have either a clock or watch in full view. I developed the Attention Training System many years ago to help in many of the situations you describe (although I originally developed it for the classroom, parents have corresponded with me and related the many ways they have successfully used the system, such as at dinner time, practicing the piano, etc)."

So where does it leave us? I'm a little sad. Does this mean that my children's working memory will be impaired for life? I wonder how much this will affect their social skills. All I can say is that it is nice to know that some researchers feel there is a purpose to the motion and I will think twice before I tell Logan to sit down or at least perhaps I'll find some constructive way for him to get the movement he needs to stay alert. I do sympathize with him. I fidget during meetings. I eat. I drink coffee. I look out the window. I get up to get a sweater. I don't pay attention to everything everyone says and at the end of my meeting, my notes look like I was there for five minutes.

Anyway, this really is opening up my curiosity to what OTs have to say about these situations. In fact, I really want to know how parents can tell if they have a good OT and how they should expect progress. I just got a new OT for both Spencer and Logan and it is very exciting. I have a lot of hope. If you have any OT questions for a professional, please send me an email or leave a comment.