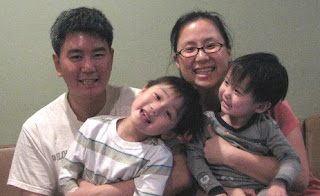 I have to apologize to lots of people. I think I've mentioned to you before that I used to work as a healthcare publicist. I used to work on lots of different medical issues and psychiatry was one of them. They ranged from the basics like anxiety to more quirky issues like seasonal affective disorder, you know, when you feel sad in the winter because it's darker. I also worked on more controversial mental health topics such as premenstrual dysphoric disorder (yes, they say it's real), post-partum psychosis, and my most successful accomplishment gaining media coverage was in adult ADHD- yes, how ironic!!!

I worked really hard setting up interviews under tight deadlines. In my line of work if you snooze, you lose - end of story. So in my hurry, I rarely asked these psychiatrists that I tried to make famous, "Do you take new patients? Do you take insurance? How much do you charge, anyway?" I never cared. To me, it was all about getting the job done FAST.

Now I realize that I was being heartless to so many people because I am one of these people now. There are so many people with terrible mental health insurance plans and probably seeing not-so-caring doctors. My plan requires me to pay half of my doctor's contracted fee with the insurance company which believe me, is always a mystery to everyone. When I call a doctor's office, no one will tell me what the contracted fee is and they actually expect me to walk into the office not knowing how much I'll pay.

I paid my first visit ever to a psychiatrist this past weekend. I went because I wanted to replace the Klonopin and see if I needed a better anti-depressant. I have such little personal experience with these drugs, it's hard to know what's working and what's not. Thankfully, I know that the most addictive drug, Klonopin, definitely does not work for me.

So when I paid my first visit to this psychiatrist, I really did pay. I paid for being so careless to the people I was trying to reach as a publicist because I had just entered the world of managed mental health care and what a cold and cruel world it is. With such fragile emotional states, shouldn't this be one area of medicine that is just a bit more gentle? Some people don't even consider it medicine even though drugs are such a huge part of it! My insurance company deals with this in a completely different department. WHY? I know, I'm being naive. Welcome to America.

I already told you that I walked into the office not knowing how much to pay and they actually expected cash too. We are talking about one hundred dollars at least! This psychiatry practice also double-booked me with another patient who was also new and thus I waited two hours to see the doctor.

When I finally saw him, he didn't even apologize to me. I really believe in apologies. It's just courtesy sometimes but to me, it counts. I asked him if it was customary for him to make his patients wait two hours to be seen and he said that if this was going to be a problem then maybe we shouldn't start a relationship! The nerve!!!!! And even though I knew he double-booked me with another new client, he had the gall to blame his one particular immigrant patient population for their doctor-seeing habits as the cause of the wait.

Even though I should have walked out on him, I didn't. I needed to try a new prescription and I had already waited two hours. He did some quick tests with me and asked me questions to rule out obsessive compulsive disorder and bipolar disorder and then gave me another drug and even though I told him that Klonopin was not working for me and brought in my remaining pills to show that I'm not an addict, he was very hesitant to let me try something else. He even told me to keep taking the Klonopin but just take less. Like how would that help me? Whatever. You are SO not my doctor anymore.

Surely, others are not as bad as him, I thought. But for the past few days I've been on the phone like mad trying to get a new doctor nearby who will see me at night when my husband can be home with the kids and I have not had a lot of luck. There was one doctor who stood out on the list and he was an osteopath. He told me that most doctors will just give me drugs and send me away and he doesn't work like that. He said that if you have a psychiatrist who takes insurance, he will likely not have openings in the evening or weekends if he even sees patients at that time and if he does, I will be waiting for two hours to see him and that is exactly what happened to me!!!! But after slaving away with my DAN! doctor for my children for so long now, did I really want an osteopath for me? I was imagining he'd push GABA and 5-HTP on me and I don't want that either. (For those of you who don't know: GABA and 5-HTP are supplements that you can get in the health food store. A lot of people who don't want psychotropic drugs use these. I used them on Logan and didn't see any changes but I've heard that it helps others.)

So I've been rethinking my mental healthcare. First, I will be more stress-free about finding a new doctor. My goal is to not need one in the near future. I am going to go back to basics too. I had an ear problem a while back and so I stopped swimming but I am going to do that again and also do yoga, like I promised myself. I really want to give myself a chance here and realize that I actually have gotten a lot better since that day I was in the ER.

But still, I want to apologize for being so callous back in those days when you were being bombarded with these stories about this disorder or that disorder. I know we are still hearing those stories today, they'll never stop. But seriously, getting good mental healthcare shouldn't have to be so hard, so expensive, and so degrading. I deserve better than that. We all do. Again, my deepest and most humble apologies. I know it's not my fault that the mental health system is this way but I wonder how much healthier we'd all be if all those responsible for mental health medicine would be just even a little bit more thoughtful. I think things could be different.

(Pictured: Back to basics: We've been so ingrained in our routines, we forgot to take a family picture so here is a recent one with the self-timer. This could be our first family picture. I'm not sure. I am too afraid and ashamed to look back and confirm that.)
Posted by Jenn at 10:43 AM

Sorry about that psych. Mental Health is a difficult field and you have to either be or have a good advocate for yourself. You are awesome finding supports for yourself and your kids. It is tough though and can be discouraging. Great family photo!

I have been following your blog for awhile now - your kids are such cuties! I can totally empathize in finding the right person to see - it seems like a never-ending challenge sometimes! Good Luck on your search! Will keep you in our thoughts and prayers.

That is a BEAUTIFUL family picture! Your boys are just so precious!
Good luck finding the right doctor. Hugs!

Finding the right doctor is sometimes as difficult as finding the right medication! Ask around for referrals. Find a doc that everyone has good things to say about and then wait as long as you have to to see them.

Sorry this happened to you. I'm glad you won't be going back to that &%*$, I mean, that doctor.

Unfortunately, I don't think it's just the mental healthcare sector that's bad. Bad healthcare period seems to be predominant in this country and finding a good doctor is like finding a needle in a haystack.