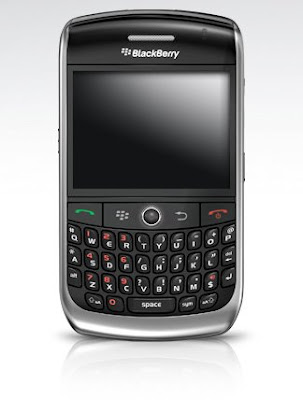 I really just had it. I kept losing everything. If any of you have been following my blog, you might have read here and there that I lose things all the time or have to look for something for half an hour to find it. Forget about appointments and phone numbers... that was a major mess as well.

I was so sick of myself and I realized that I had become no different from my ADHD kid with poor organization skills, poor short term memory, low frustration tolerance, etc...

Sometimes, I think I yelled at my kids because I was so mad at myself because I had lost something or couldn't find something right before they did something that annoyed me. On top of that, I found the library book that I paid for and I brought it back to the library but they wouldn't give me my money back! I am going to complain to the higher-ups for sure. I think that isn't fair and I will lose some of the love I have for them if they don't return my money. Either way, it all started because I'm a scatter-brain and I need to remember that.

NO MORE! NO MORE! I needed help.

With big purchases, I usually talk to my husband about it and I made my case.

I need a blackberry!

I admitted that I was forgetful by nature and that if I had it, it would really help me. He knows that I have been especially busy these days with educational issues for Logan, reorganizing the house, doctors appointments, getting ready for my brother's wedding, and Spencer's therapy management. He understood and encouraged me to get something even though we need to conserve as much as possible this year.

The next thing you know, I'm walking into a cell phone store and walking out with a blackberry 20 minutes later. I felt like a girl that just came out of Tiffany's with a new necklace and earring set!

It's been exactly one week since I've gotten it and my life has been so much better. I thought I didn't need or deserve a blackberry because I was a stay-at-home mom. I used to keep a to-do list in a notebook, phone numbers in my cell, email addresses in my outlook, and appointments on a calendar in my kitchen next to my fridge but this didn't work for me. It basically meant I couldn't make appointments for my family unless I was standing in my kitchen and never mind the notebook situation. I would go through notebooks like crazy and inevitably end up going back to old notebooks to look for old phone numbers or notes. It was bad.

Now that I have one, I see how wrong I was to think I didn't deserve one. I can run my "family business" from anywhere: the playground, at home (outside of the kitchen), and in the car (with husband driving). It can take pictures and video in case I forget my camera. Of course, I love that I can read my email from anywhere which actually helps me a lot as well.

Additionally, I have been considering doing some freelance writing and that means that I need a place to put my ideas wherever I am. The ADHD expert that I used to work with also said that blackberry-type devices were ideal for adults with ADHD because they could put their ideas down immediately so that they wouldn't them forget later. And of course, it would help with remembering appointments which Adult ADHD patients aren't so good at. I remember once in my PR days I had scheduled an adult ADHD story with a prominent local reporter and the ADHD patient that was supposed to be interviewed never showed up for his interview!!!!! We called and called him and when we found him, he said that he forgot. The reporter couldn't even be mad. What a way to show how real ADHD was. Sometimes, I wonder if I would ever do something that severe.

Of course, in the past week, there have been moments that I've forgotten things. I thought about why and it always went back to how I didn't check my blackberry or didn't input the info into the blackberry. So the blackberry is the key to keeping myself together!!! This will keep me organized and thus more CALM! I have evolved!

Of course, I will always have to remember where I put my blackberry. That's kinda important too.
Posted by Jenn at 5:05 PM

I am so happy for you! I have been considering this in the future but can't swing it yet. It sounds like a great tool for you to help keep track of everything. My adhd/organizational person suggested always putting things in the same place, that way I always know where it is. It has turned into a habit to put my phone and keys in the same place each day and lessened some of my stress when it comes to finding things. Congratulations!

Isn't it the best!!!??? IF I ever lost my blackberry I would be in soooooo much trouble. You can keep everything in there.

I recently came accross your blog and have been reading along. I thought I would leave my first comment. I dont know what to say except that I have enjoyed reading. Nice blog. I will keep visiting this blog very often.

I'm happy that you now have your own BB! It's a lot more useful than having too many sticky notes at home and at your office. A lot of people I've known have their own BB's too! It's not just an ordinary phone; it's like a PC also that can be used for your personal and business concerns. Well again, congrats on your new phone!

Thanks so much for the site, I found a lot of useful information for us.Please check out site. to get buy medicine online from Online medicine store in USA..