Thank God for Friends Who Tell the Truth 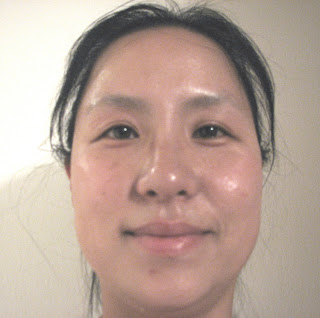 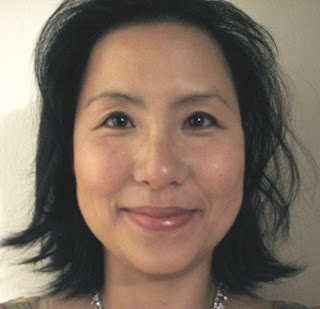 My friend Chris, who could have easily been a fifth woman in the Sex and the City series, is my best friend and old roommate from college. Sometimes we don't talk for months but when we do, it's like we're back in our dorm room again, laughing at each other as usual because we have given up on trying to hide our flaws.

She is originally from Maryland but as soon as she set foot in New York City, she transformed herself into an awesome fashionista. Now, many years later, Chris is still my go-to person for everything related to make-up, hair, and fashion, especially bags! If you knew her, you'd know that she looks fabulous everytime you see her. If I ever dressed like Chris, people would ask me if I was going somewhere special or wonder why would I wear such a thing to the sandbox.

Recently, she had a break in between jobs and decided to come visit me before she started her new position. This was terrific timing because I needed someone to get me out of Uglytown fast! I have to go to my brother's wedding in Mexico very soon and I still hadn't replaced my ancient make-up that is actually older than Logan. I told her that I didn't have time to go to a department store and try on different shades of foundations while my kids waited for me. No, ADHD doesn't let you do that. ADHD makes you have to buy everything online but that method doesn't work for cosmetic purchases.

Her suggestion: Go to Sephora and try the mineral makeup by Bare Escentuals. She told me to just run into the store and quickly try one or two shades and that should be it. Then, I'd grab a lipstick and go. She said mineral make-up is very "in" now and it leaves her skin feeling soft after she washes it off. I had no idea what she was talking about. What the hell is mineral make-up? I only know about fish oil and probiotics. She also told me that I could not wear the dress that I picked out for the wedding in Mexico because I would boil in the weather. She was right, I really just chose it because it made me look thinner. There is nothing like a mouthful of truth to make you wake up and stop being an idiot. I showed her my back-up dress which was sleeveless and she told me how to accessorize it to make it look great. Of course, it worked- she is always right.

Today, I had a chance to go to Sephora because I had to go to the city (a.k.a. Manhattan for us outer-borough folks) with Logan for an appointment and so I dragged my ADHD 5-year-old into Sephora and instead of trying on two shades and running out as I originally planned, I decided to take a chance. I would try to make Logan wait for me while I asked a make-up artist to give me the fastest make-over of his career. 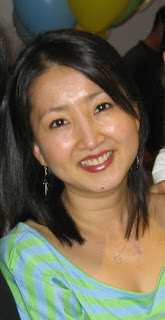 "You gotta hurry," I told the man. "He will not last on that chair for long." Logan was eating gluten-free pretzels which he loves but I knew he would soon get up and start running around. That poor make-up artist tried his best but after a while I said, "Let's just get the lipstick and eyeliner so I can go." Am I rude or what??? But if I'm not, Logan could start wandering around and knock down something (which he did but it was tiny). Luckily, the make-up artist sold me a great kit that came with an instructional CD for dummies like me so it was okay to wrap up quickly. Still, make-overs can be fun and princessy and I missed out on that but I am just going to have to wait for that chance some other day.

I feel like I can finally breathe now since I have my make-up and dress with appropriate accessories. It's all thanks to Chris who always tells me the truth even if it a little embarrassing or painful. That's what old girlfriends are for and I need to remember to be grateful and nurture our friendship even though I am busy in my world of special needs.

Anyway, I have a feeling we may not be going to Mexico anytime soon because of the swine flu craziness. Oh well, when it's over, at least I can be presentable and not sweat buckets at my brother's wedding, thanks to my dear friend Chris.

(pictures above: Since I never wear make-up, I have to think that this "before" picture is actually my "everyday" picture which is kind of horrible. I think I'd better do something about that. The "after" picture is me with my new mineral make-up. I'm surprised by how natural it looks. Maybe I'll wear it on regular days.... hmmm. I think it might not irritate my children's skin either. Below picture: This is Chris. Can you believe that we've been friends for twenty years after we were randomly assigned to be in the same dorm room suite?)

Lastly, a reminder of the disclaimer on the bottom: I am not paid by the companies of any of the products or stores that I've mentioned but still welcome said companies or stores to send over tons of cash so that I can buy more mineral make-up! I love it!
Posted by Jenn at 10:00 PM

OMG!!! What a transformation!!! You look amazing!!! I need to get me some mineral makeup.

Good for you for thinking of yourself!

Thank you so much for providing the data you need, and thank you for sharing.Please check out site. to get buy medicine online from Online medicine store in USA..