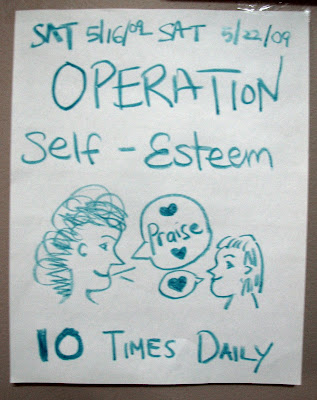 It's strange that I talked about bullying this week because a couple of days ago, Logan had an incident on the school bus and I think it could be a case of bullying.

When he got off the bus that day, the bus matron said that Logan said some bad words to her. They weren't curse words but they did include the words "Shut up." Unlike the occasional knee-jerk "sh"- word, I never use the words "shut-up" at all and I couldn't believe my little preschooler used it. Moreover, he used it on an adult!

He looked very frazzled when he got off the bus and I wondered if something upset him that day. He can become oppositional when he's frustrated. I asked him if anyone bothered him on the bus. Immediately, he told me that a boy on the bus was saying "bad words" to him. I didn't understand how this could happen because the he always told me that the bus matron doesn't allow them to talk on the bus. (How could she possibly prevent this?) Either way, I figure this boy was bothering him and he was likely lashing out at anyone with whom he felt comfortable. Either way, there was no excuse to say such words to anyone so he made a sorry card to the matron.

After the incident, I talked to him again about the boy and he actually said that this boy had said these things by accident. Perhaps he thinks that because this is how he makes sense of his own behavior? He also said that the boy is his friend sometimes. Huh??? I assured him that the bad words were no accident and that if this boy is mean to him all the time then he is not a friend at all. I told him what to say and what to do if this happened again. I am not really that worried about his safety for now because he's still in preschool and his activities are very well supervised. By the way, our baby is not necessarily a victim. I think he might be fighting back already. It's hard to tell because he still has trouble recounting events that happened to him.

I came up with "Operation Self-Esteem" because I've been listening to Kirk Martin's CDs and he's been inspiring me to do some different things that were similar to methods I've used in the past. That is, I'm going to compliment my kids more.

It seems a bit pathetic that I have to make a big deal about doing this. However, I really do forget to praise them especially during times of stress when it could be most helpful. Anyway, through "Operation Self-Esteem," I am going to help them feel good about themselves by putting words to label their good actions and validating their efforts. I have a feeling that this is the foundation to prevent bullying in school and in their relationships with others for the rest of their lives. How else could they defend themselves if they don't believe they deserve better treatment.

I don't think I'm wrong to be concerned about their self-esteem issues in their adult life especially since it's been reported workplace bullying has increased, even among women. It's also encouraging to hear that some teachers care to tackle this issue, like Amanda who responded to my recent blog post about bullying. I can use all the help I can get especially since my kids are not only minorities but also have special needs. In New York City, Asian American students were severely bullied and though the bullies even threw metal locks at them, teachers and staff turned a blind eye. This infuriates me.

So far, you might think I have a good idea but I think good ideas are nothing without good implementation. This is where the publicist in me comes out. I decided to draw little posters around my house to remind me to praise my children. I wrote the message out in pictures because I'll invite Logan to partially get in on the act if he becomes curious about my posters. For him, I'd tell him that it's good to say only nice words to others. Through this exercise, I hope he'll learn that it's more empowering to compliment people. I also wrote all the reminders in different color crayons so that it will catch my eye as well as Kai's. They were placed in different rooms where most of our activity occurs. Playtime, "eat time", bathtime..... 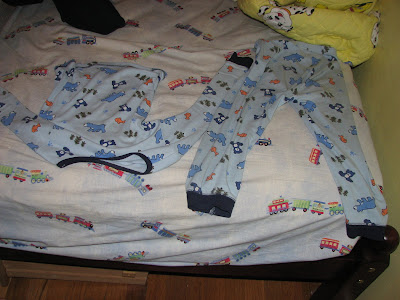 Within thirty minutes of starting "Operation Self-Esteem", I saw a change in Logan. Without being asked, he changed into his clothes from his pajamas and even laid out his pajamas neatly on his bed. I can't remember the last time he did this without being asked. In fact, I pretty much gave up on him doing it so the fact that he did this on his own left me feeling happily surprised.

"Operation Self-Esteem" is only a week-long effort for now because my husband and I need to see how well it works. The best way to do it is to carry it out for a short time and to really just work on this one tactic. I think it also puts less pressure on us to impose this rule on ourselves forever. I don't want to feel like a bad parent on the days I forget to follow this rule. I have to admit that I'm human and can be inconsistent. All I can do is try, right? Let's see how we do for the rest of the week. I'll be reporting the results on this blog so stay tuned.
Posted by Jenn at 8:13 AM

Just thought I would share a couple of good sites....
www.bullyingnoway.com.au

And a quote from Fergus and Zimmerman (2005) - adolescent resilience
which you can find at The Annual Review of Public Health is online at
publhealth.annualreviews.org:

"Parental factors are consistent
and critical resources for youth. These factors include support, monitoring, and
communication skills. Youth who have self-confidence and social skills also are
somewhat predisposed to being resilient regardless of the risk or outcome."

We can make a difference!!

Hi Jenn,
Praising is a great thing with kids. My sister was praised a lot by my dad and was in my opinion an insufferable cocky kid but her confidence has taken her far. When she was in middle school she did a summer program for gifted kids and realized that she was not the smartest kid around and so forth and that took her down a notch a little and made her a more likable kid. She was a lot smarter than the kids she was in school with growing up and we had already figured out at the beginning of middle school that she would be valedictorian of her graduating class - and she was.

The confidence we see helps he try most things and because she really believes she can do it she usually does. When she can’t she works at it to accomplish the task.

We praise Aidan a lot and in turn he praises us when we do things. I think part of it is us and part is school where they make a big deal out of accomplishments. For instance, right now we are focused on him being a pre-school boy and talking about what pre-school boys do and so when he does a “big boy” thing we make a big deal. In fact, I made such a big deal about his potty training that for awhile every time he peed he would have to tell me for a big reaction. In fact I think he still does it and so do I although with a little less enthusiasm now.

I try to give him more attention for positive behavior than for negative behavior…. But sometimes that feels hard….