Who is This Man Sleeping Next to Me? 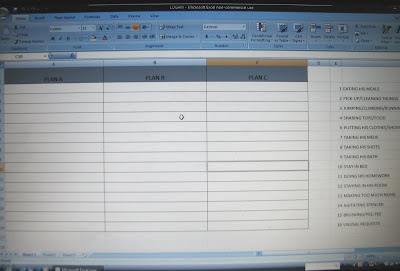 I am amazed these days. Kai has made so many changes (for the better) that I almost don't recognize him.

Kai then:
Kai now:
So I cornered my husband and finally asked him. "What happened to you?" Why was he so helpful and so much better at parenting and quite frankly, at everything else???? As always he joked around to avoid being serious. He said a lot of silly things but my favorite one is "I'm not Kai, I'm his twin brother Tai."

But I kept badgering him because I really wanted to know. Maybe I could find out some secret recipe for spouse-improvement and share it with you all. However, he just basically told me that he realized that he was not responsible for my actions (like losing everything) and that he was only responsible for his own actions. Then he started to change the way he did things. Kirk Martin advises the same thing in his marriage CDs but Kai made these changes way before we bought them.

I guess I've been doing the same thing in a way. I've started this blog. I've bought myself a few things. I wash my face in the morning now and even try to wear makeup everyday. I use the dishwasher more often and without guilt. I've also gotten more serious about getting help for my anxiety. Furthermore, I've been thinking about the future of my career. This includes daring to let my life revolve me and not my kids. I know I'm not there yet but the idea still lives on in my head. I can do this. I know I can.

For the record, Kai and I don't have the perfect marriage. However, I'm really proud of him these days. Rather than being chicken and not rocking the boat, I tried to reinforce the improvement by telling him that I see the changes he's making and that I appreciate them. I said it verbally and I also said it via email. You could say that I'm using ABA on my husband, I think you'd be right (But it's all out of love.) I hope it works because he's been really great these days!

Picture: It's a little hard to see but it's a spreadsheet outlining how we are supposed to handle certain situations in accordance with the approach used in Explosive Child. This was his idea and he made this all by himself. I was floored.
Posted by Jenn at 6:00 AM

How you got him to do these things is still a mystery to me. My husband is very helpful but the mere mention of him reading a book results in a look like I'm a two-headed monster. Wish I could wear him down enough on that one. LOL

Wow!!! I am so happy for you guys. I knew you would get there. I am also very happy that you and Kai are being a little more selfish. Go team Choi!!!

Jenn, it really is Tai, not Kai.

What great changes that he made for the better-- that is awesome. I'm happy for you guys. It is so important for you to be allies and on the same page.

Nicole,
Thanks for the well wishes BUT, one thing I've learned since this post is that things don't necessarily last. Things go up and down. I just have to concentrate on making the most of my time, my day... my life and hope I'm setting a good example for everyone.. including my husband.