Getting a Life: Not So Easy 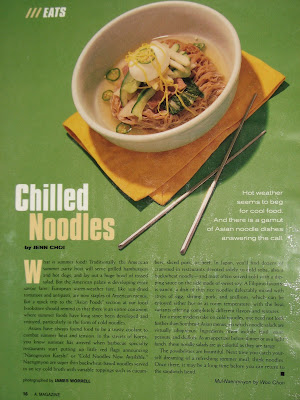 Recently I was invited to a barbecue party where I didn't know most of the moms there even though they were from my neighborhood.

I think I didn't know them because most of them had children younger than Logan and most of the moms were work-outside-of-the-home moms. When I commuted to work, I never met any moms in the neighborhood. I hated that. It was one of the reasons that I was late in figuring out Logan's poor social skills because I could never get a playdate for him on the weekend. Now I know plenty of moms but that is because I quit my job as a publicist.

I found myself asking all the moms at the picnic what they their job was. I practically took a census. I also found myself not talking about much except for my latest project with Logan, getting him into an appropriate Kindergarten class (not so easy as I'm learning). I did talk about this blog a bit but I wish I had more good news like yes, I finally started my freelance writing career. I would have loved to say, "I just published an article in......." But no such words came out of my mouth.

And of course, what else do I talk about? Anyone who was dealing with issues such as special needs, special education, evaluations, and allergies. I have nothing in common with anyone except for things like speech delays! What happened to me? Does this mean I don't have a life?

Because I want to tell you that I'm working on reinventing myself or reclaiming my life, whatever you want to call it. I have joined twitter so that I can increase the exposure of this blog and access more resources out there. I have also tried to find more familiar faces on facebook... faces I knew before my belly got big and I traveled to a planet called ADHD.

Special needs or not, I think many moms reinvent their careers after they have children. Two years ago when I found out that Logan had special needs, I dropped everything so that I make sure he received the best care possible. However, now that I've dropped everything, I have been spending some time picking up those pieces of myself, my identity, and the search for my real passion. It's not that easy and it's a little scary. Okay, it's very scary but I will get through it. Step by step.

Now where did I put my courage juice? Nothing like a nice glass of red courage a.k.a. Shiraz to speed up the progress of self-transformation.

Picture: the very first article I ever published. It was an article about cold noodles for the now defunct A. Magazine: Inside Asian America. My high school buddy was the editor and gave me the chance of a lifetime to put my byline in a real magazine. One of the proudest days of my life.
Posted by Jenn at 10:51 PM

I could have written this post. When one has a special needs child, we do tend to do everything we can to help our child(ren) and it can sometimes feel like our lives revolve around that. It certainly feels for me, personally, that my circle of friends has changed dramatically from being a wide array of individuals to mainly other parents of children with autism. :( But that's the way it is and I'd rather be around people who get it than people who judge me and my child.

My parents (dad and step-mom) and I have been going around and around about this for months now. They don't "get" that yes, my life revolves around autism but no, my life is not all about autism. I wish they would be exposed to more people, blogs, books, and other venues showing what being a spectrum parent is all about.

Friends? What friends? I realized last weekend when my husband wanted to play softball with his friends rather than go the the ball game with me and the kids that I should let him go because at least one of us still has friends. I cried but it was really good for him. At least one of us still has an identity. While I am not technically unemployed, I am at home now due to the bad economy. I really am nothing but Luke and Emma's mom, a taxi-driver, and a cleaning lady.

I have realized in the last few months (since there's no one buying real estate for me to still livethat professional idetity) that I have lost myself. I am a mom and wife, special needs advocate and homemaker. But what happened to the identity I had that was all about me? I want so badly to find myself again as well. As a matter of fact, I too want to freelance but can't seem to figure out how to "break in." It sounds like you have some great contacts and I know you will accomplish whatever you set your mind to.

And who has the time to keep up with a whole 'nother person? A me, for me? I certianly don't.