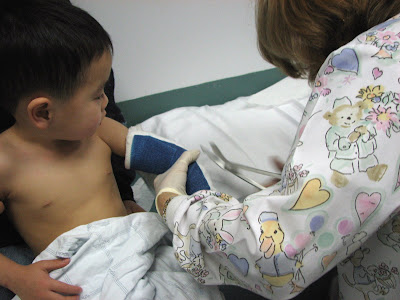 When I was in my twenties, I was very involved with my identity as a Korean American woman. It was a really big deal to me. I worked for a women's organization that was run by Korean American women and for a couple of years, we set up conferences that discussed issues that affected us as Asians and as women.

In many ways, being an Asian American woman was a double blow. As Asians, we dealt with a plethora of stereotypes: complacent nerds, Harvard bound math geniuses, sleazy Chinatown gangsters, and perpetual foreigners despite being raised or even born in the U.S. (Do you know how many times I've been asked where I'm from and after I say "New York," the person says, "No, where are you really from?")

As Asian American women, our stereotype paints us as super-submissive rugs to step on and/or exotic sex kittens. We are marginalized by mainstream American society and we are also marginalized by our male Asian counterparts. There is a reason that you see so many Asian women married to non-Asian men. I know some men have fetishes for Asian women but there is another side to it. Some Asian women sometimes have a hard time dealing with the double standards of Asian men and so they naturally fall in love with men who are not unfair and selfish. (BTW, not all Asian American men are like this- many are really great to their wives.)

I bring this up today because I read something disturbing after doing the happy dance upon hearing the recent Supreme court ruling that says that parents can ask for tuition reimbursement for a private special education school even if they never had their child in a public special education setting. Jen Laviano, a special education lawyer wrote an insightful blog post lamenting how the evening news covered the story in a way that focused more on the costs implicated in the ruling. If you want to hear some dissenting lay opinions, read the comments on Sue Shellenbarger's blog in the Wall Street Journal. Words like "retard," "reform school," "hood," and "flipping burgers at McDonald's" were used by commenters. It wasn't pretty.

Any special needs parent knows that the cost spent now will mean a lot less spent later. It could also result in a great contribution to society. They also know that a child placed in an inappropriate educational setting will negatively impact the child's classmates' opportunity to learn as well. But here's the problem: only the parents of special needs families know this. Possibly included in this circle are the teachers who teach these classes and parents of the special needs child's classmates who are aware that the child is negatively impacting their own child's education. If we are lucky, the teacher and the other parents will recognize the child has special needs. If we aren't, the child and his parents will be painted with numerous assumptions which would be hurtful, not to mention counter-productive.

When I was very focused on evolving as a Korean American woman, I set up and attended workshops for Korean American women and one of the frequent points of discussion was how to deal with misconceptions/stereotypes that impact your progress at work. The answers from the experts was a bit disappointing. They said that it would serve us to educate the people who give us a hard time - plain and simple. It would be hard and confrontational but it would help us and besides, who will do it if you don't? It's the best way to obtain improved relations (unless the person is a real jerk, then you go to HR).

So am I saying that on top of fighting insurance companies and the school system, now we have to educate the parents of the typical children too? It's very hard for me to say this but I think the answer to this question is yes. We just can't sit by and watch them be misled into thinking we are stealing their child's resources.

Yes, we are entitled to adequate healthcare and education but we are not entitled to empathy. And until we get empathy, we can not proclaim total victory. In the most ideal of situations, I think the parent who complains the most about our child in school could possibly be our strongest ally if we let them into our lives. Maybe if she empathized with our child's struggles, she can be a secret weapon-advocate with her motivation being to have an optimal classroom for her child. Can you imagine bringing your child's classmate's mom to an IEP meeting for the express purpose of highlighting your child's weakness/needs? I wonder how many times that has been done. Hmmmm. Okay, it's sounds a little crazy but you never know.....

Maybe if all of us set aside a few minutes of our time to explain our child's side of the story, we may be one step closer to becoming a society that is more accepting of our children's needs and would be willing to wait a little to see their strengths. Also, I think we could recruit our own friends who are moms of typical children to carry out our little PR campaign. After all, they are likely to hear these negative comments more than us special needs moms, right? Who better to spread the word than the people whose children have struggled to play nice with our kids, who have had their stuff broken by our kids when we visited, but still love them because they love our whole family. Whatever we do, I think we must keep talking, especially to our non-special needs parent friends.

This post is dedicated to my friend I.H. who recently reconnected with me (love ya Facebook) and read through my blog to catch up on my life. She gave me valuable insight as a mom of a typical child and as someone who knew me way before the days of Can Mom Be Calm? Thanks I.H. and all the moms of typical kids who read this blog. I'm so grateful that you cared to read about our lives.

picture: In my personal experience, early recognition and treatment of special needs can reduce unnecessary medical costs. Logan managed to break his arm before he turned three. This is when we were still in the dark and the only diagnosis he had was that of "difficult child."
Posted by Jenn at 11:25 PM

Your posts are so well written and contain an incredible amount of information and wisdom.

My son has been recently diagnosed with ADHD and so we are currently going through the process of doing our own research and learnings.

I appreciate you sharing your learnings and I have learned from you already.

I have a video blog (the start of one) at www.lipstickwisdom.com.

I look forward to reading more of your blog posts!