I Dislike My Husband Most When I Am Sick. True or False? 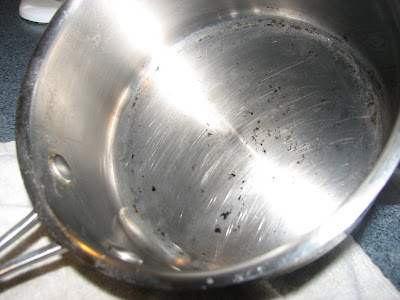 For the past two weeks, illness has visited almost everyone in my house. It started with me, and then Spencer, and then Logan. They were all different viruses, believe it or not. I am so tired.

As we all know, moms do not get a sick day. We have to show up to work irregardless unless we are so sick that we can't even stand up. Even then, there are still things we have to do. If my husband was helping me then I would at least attempt to tell him what to feed the kids, what time the school bus comes and drops off each child, and which therapists come at which time.

The thing that really irked me the most was my non-sick husband. I must have felt every emotion there is to feel toward someone this week, such as:

1. Self-righteousness: As soon as I felt even a bit of guilt, I turned around and said, no, he will have to pitch in so that I can recover. Thus, I didn't ASK for anything and instead TOLD him to watch the kids, do the dishes, give the kids a bath.... etc. This attitude met little sympathy or respect .

2. Anger and Indifference: As the days progressed, I didn't get better because I didn't get enough rest. After claiming my right to rest for a day or two, I went back to being Sacrifice Mom and tried to do everything including making dinner and washing the dishes while coughing so hard, I wet my pants several times. What does my husband say? Well, when I accidentally burned the pot on the stove, my husband scornfully asked me, "What were you thinking?"

I could have said, "Spencer was sick so he woke up from his nap crying and I was so exhausted, I turned off the wrong burner on the stove and laid down with him on the couch to soothe him but also because all I could do was lay down since I was exhausted and hungry and couldn't even eat since he was crying." But why waste my breath? I decided to respond by ignoring him.

3. Guilt: How could I be me and not have any guilt? The truth is that my husband has a hard time handling both kids. If it's hard for me then isn't it really really hard for him? Still, that insensitive burning-the-pot question pissed me off. He acts as if I broke the copy machine in his office.

HOW DID I GET HERE?

I did a Google search and a search in Oprah.com about how to figure out if someone is taking advantage of you and I got nowhere. Some of the searches led to .... "your man cheated on you because..." My husband isn't cheating but something is definitely unbalanced.

I think that overall, it's probably no mystery why someone takes you for granted. I have to think it is half my fault because I really don't ask for enough help. I also don't ask for help often so he is sort of used to Sacrifice Mom and Will-Do-Everything Wife. For my own mental balance I also must accept that I am more used to taking care of the house and the kids because that is my domain and thus I will always be doing more work and doing it better than him in this domain.

I also have to remember that he does good stuff too. The other week I was able to get a small grant to pay for a play kitchen for Spencer and for days, it just sat there in the box because I just couldn't get myself to put it together. I had promised him that I would do it because he's tired of putting toys together. Finally one day, I tried it and failed within 20 minutes. I knew my husband was waiting for me to crumble. After I admitted that I failed, he made fun of me because I told him it would be easy. (yes, I'm a loser) Long story short, he put the whole kitchen together while sweating buckets. It took hours and I was grateful. The kids love the kitchen.

I also found out that I must grab teachable moments when I can. During the days that I felt the worst, Logan wanted me to go get his Leapster upstairs in our apartment when we were getting into our car. At the time, I was coughing hysterically and couldn't stop to the point that I felt nauseated. Logan just kept yelling for his Leapster not even stopping to think that his Mommy was in pain. Kai just told him to be quiet and wait and didn't talk to him about his insensitivity nor did he even ask me if I was okay.

I suppressed the urge to tell my husband off right on the spot. I calmly told Logan why he disappointed me and quietly told my husband that he did the same and that he was not modeling good behavior. I also told him to apologize to me and he did. I know my husband loves me but I think sometimes he forgets to feel or care about anything. Whatever the reason, it is unacceptable.

There are so many things to work on. I don't know how I'll ever get to it all but I have a feeling that I'll be working on balancing this equation between me and my husband for as long as we're alive. Someone once said that couples shouldn't keep score. That is so hard to do when you are feeling that you are shouldering more of the burden.

I thought about what I used to do at my old job to get more recognition for my efforts. As a publicist, your placements in magazines and television are your trophies. Thus, whenever I pitched a significant news story, I put them up on my wall. Anyone who passed by my office could see them. It could have been viewed as vain or even cocky. However, it had to be done and it worked. My co-workers started to treat me differently and my assignments became more challenging. The grunt work was frequently passed to the other folks.

But here at home, can I do that? I think I have to but I also have to realize that my husband works only "part-time" in my office so I can't expect him to understand things so easily. Sometimes when I tell him that I've found something for Logan, he doesn't know why it's even a big deal and it frustrates me. If I look at this problem more objectively, I figure that I can do something similar to posting my trophies on my walls so that Kai can understand how much work I do. I just have to do it in a way that he'll understand it. That will always be the challenge.

Interesting link: Men feel underappreciated too. Here's what this husband had to say.

Photo: I thought this pot was garbage because the noodles I cooked on it had created the toughest burned crust. I soaked crust in soapy water with tons of baking soda and so there are only a few black spots left. Still, I can't believe we get upset over pots and pans. He never even cooks!
Posted by Jenn at 10:01 AM

Why does he get to come home and lie in bed if he's sick?

How come I have to take care of them even when I am sick?

And I say this even with one of the more helpful husbands.

My favorite example of this (which is universal to EVERY stay at home mom, and I warn against staying at home to all women because, "You have to call in sick to your husband and he is the worst boss ever for this") phenomenon is that when I feeling like I was going to throw up last year, I called my husband at work and asked him to come home. It was about noon.

By seven in the evening I was throwing up--and it lasted well into the night. At 10pm, I walked out of the bathroom wiping puke from my face (litterally) and my husband looked at me and said, "You don't expect me to stay home tomorrow, right?"

Don't keep score. Really, I hate to lose, and I imagine you do too. ;)

I hope you are feeling better Jen. A lot to think about in this post. So so sorry about the sicknesses. Congrats on the grant for the kitchen (woohooo).I could never put that thing together (not one of my strengths) but you get major props for trying! I hope your cough is better and you are feeling well again.
KCT

Does he read your blog? Your blog is incredible in how effective you share information.

Also you can use dishwasher powder to get really awful burned stains off. Just soak in the pot with water and presto ... similar to the baking soda!!

Karen,
I don't think my husband read my blog. He'd probably get bored. He'd probably wonder why I have so much to say about small things. However, he is aware of the blog and I'm sure he visits from time to time.