Can Art Co-exist with ADHD Boys? 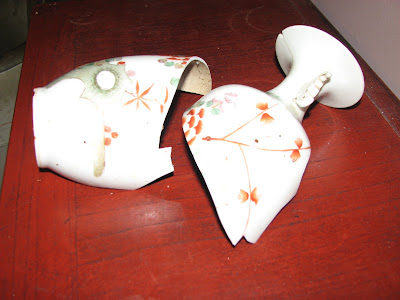 A few weeks ago, Logan and I were invited to a playdate at a new friend's house.

The minute I walked in, I felt small. It wasn't because the friend's place was huge. Rather, the home was so well decorated. Every piece of art or furniture seemed to be in a perfect place. There wasn't a trace of junk anywhere.

When you walk into my place, junk is everywhere. Next to our front door, on top of our shoe drawer, we put anything from caps, coins, keys, diapers, disinfectant wipes, cell phones, etc. At the right, is the dining table which has become my desk and where Logan does his homework. Spencer's ABA therapist also leave her charts there. My laptop is there too. It's quite a sight.

Our living room is no better. However, after seeing Logan's friend's home, I started to feel bad about how I was keeping my own home. There was hardly any artwork in the house except for two paintings that no one notices anymore. There were no empty spaces on any of my shelves. There was a little piece of something everywhere. While my home wasn't necessarily messy, it certainly didn't give me any feeling of peace or beauty.

A few months ago, our family visited my brother in his loft apartment in Pennsylvannia. The home also had that aesthetic minimalist feel. After we left, I found out that Logan really valued that type of environment. He said it was "neat." I never knew he cared for neat since he never cleans up.

Last week, I decided to bring art back into our home. It has been five years since some of our Koryo celadon vases ( expensive fakes) have seen the light of day. After Logan was born, we had childproofed our home and we never changed it back because it was so clear that his climbing habits and running habits would surely break something. The situation only worsened as Spencer learned to run and climb. I'm considering buying them exercise equipment even though they don't have to lose any weight, but of course, I have no more money.

Either way, I decided to ju 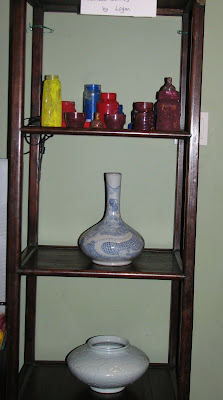 st commit to teaching them to respect art and not climb the shelves especially where there was artwork. For Logan, it was much easier to teach him. I also let him have one of the shelves to put his own artwork there. In fact, when he brings home 3-dimensional artwork from school, I have decided that I will remove one of my vases and put his work there for a couple of weeks. I think it has successfully instilled a certain amount of respect for "Mommy's art."

For Spencer, it's still a challenge but I'm willing to keep trying. He's already broken a Ch'ing Dynasty vase that I bought in a silent auction. I have no idea if it's worth any money but now I don't want to know. However, I think Spencer did learn something from breaking it and I will surely use pictures of the vase Spencer broke to remind both of them to be careful.

Either way, I find that the presence of artwork in my home does a lot more for me than I imagined. First, I am so happy to see my artwork again. They are beautiful and it was a shame they were buried in boxes all this time. The other great effect that art has had in our home is the willingness to keep our home clean and free of clutter. If there is artwork on a shelf where we used to keep pieces of paper and change, now we are careful not to leave anything there because even little pieces of junk next to a vase is a true eyesore.

While my home is not yet as beautiful and organized as I want it to be, I truly believe that not only will I be helping myself but it should also have a calming effect on the boys. I think the boys do want to feel that everything has its own place. It just up to me to decide where it is and to enforce it once I do decide where things belong. This also requires that I throw some stuff out. Ugh, I hate that part. I love to keep everything but I have decided to save things that can fit into a shoebox only and if it's really great artwork that they made then I will take a picture and leave it in our family photo album. That's a trick I learned from Oprah. 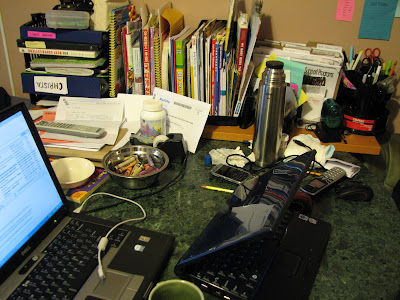 Photo 1: My Ch'ing Dynasty vase. The Ch'ing Dynasty ended in the 20th century so it's no biggie but still, who knows what it was worth? To me, if it teaches Spencer not to break anymore art, then it's priceless. So far, it's been four weeks and nothing else has been broken.

Photo 2: My Korean shelf-cabinets. I leave my vases here and so no junk goes near them. I let Logan take the top shelf sometimes for his art projects.

Photo 3: My next project. This is where I do my writing. I have two laptops there because I am borrowing my husband's since my laptop isn't working well. Logan had spilled milk on it. Don't you just love when stuff like that happens?

Favorite Art Link: http://myazul.blogspot.com/ I see a lot of beautiful photos here. It brings me a little peace.
Posted by Jenn at 9:04 PM

Your home and mine sound similar. We too have been spending the better part of the last week clearing out clutter and things we dont necessarily "love" or need. My son's bedroom had begun to turn into a landfill. He thought it was just fine, until he cleaned it. He enjoys the feeling of neatness and everything having a place. He has been spending more time in there and actually doing his homework in his room as well. It's been good for us all. Good luck !!

For what it's worth, I loved walking into your home because I thought "wow, a real family lives here!" and it made me feel better about my own home, which never stays clean or uncluttered for more than an hour. I too get depressed walking into homes that are perfect and beautifully decorated. Which is not to say that your home is not beautiful...just lived in, as it should be! And remember how impressed I was by your setup!

I could have written this post. I have decided after seeing my sister's clutter free home...I am determined to pair down...also my boys got ipod Nanos for Christmas and they intend to upload their videos...that should be something to keep me motivated to clean up.

i think we reach a point where we have to choose between housework or rejuvenation... so many better things to do than polish ur home: exercise, catch up with a girlfriend, threaten ur children to clean up after themselves :)