Medicating to Move On With My Life 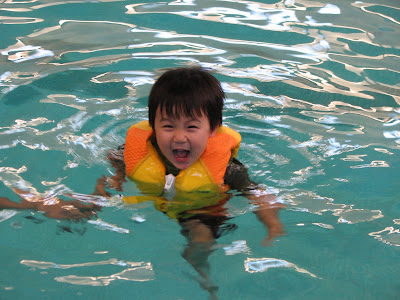 Are you one of those people who are awesome at helping others including your children and husband but when it comes to helping yourself, you totally suck at it?

I certainly get a thrill at helping my children and other moms going through the special needs ringer but when it comes to just looking in the mirror and moving on towards my own goals, I am just plain flawed. In fact, I have always been bad at this. You may think this sounds very modest of me but I really I am kind of ashamed. It is the reason that I don't feel like I'm really so good at anything and it is the reason why I don't feel very accomplished with my own career. Now that I've taken a break from my career, the feeling is even worse.

I started to become more conscientious about this side of my life again after Spencer was accepted into Logan's school. Before he did, I would tell everyone that since I won my court case for Logan, the only thing I'm worried about is where Spencer will go to preschool. If I can get him into the right school, he could have a great start and hopefully won't have to go to three special ed preschools like Logan did.

When Spencer was accepted into Logan's school. I was elated and then when I started to come back down to earth (believe me, it took a while), my friend asked me, "So what's your next big project?"

My next big project is ME.

I think this is the toughest project of all because I just suck at working on myself.

A few weeks ago I wrote about how I was only ten pounds away from being obese and you would have thought that I would have never let myself get one pound within that ten pound bracket but I did. Of course, I don't want to blame myself for this but in a way, I was really concerned about my thyroid and was aiming to make an appointment with my new doctor but never did.

However, last week, when I was feeling unusually lost because I had no pressing deadlines except having to update this blog at least once a week and trying to prepare for part-time work when Spencer starts preschool.

I have already decided that I will not return to full-time work once both boys are in school. Spencer's preschool is 5.5 hours long so it's almost as if he is attending regular school but still I do not know who would want to take care of my children afterschool. I do not know who would be available to take care of them during the numerous school holidays and chunks of vacation time. I know some people find ways around this but I don't think I can. Additionally, I also still want to be here for them even though the hours that they are home from school are really the most stressful times of the day.

I have decided that the best option would be to start a freelance career and possibly turn this blog into a book but this really requires so much self-discipline and self-starter motivation. I must face the fact that I just do not have this. The evidence is on my stomach, arms and thighs too because I suck at losing weight which really requires motivation.

I need deadlines and I think that is an ADHD thing. I really just don't function without them. Even my last job as a hospital publicist was driven with so many daily deadlines. Many of my non-deadline projects which were always the more challenging but interesting would just get buried.

Well, the thought of having nothing to do but laundry and cooking when Spencer and Logan start school in September is so depressing. Some people advised me to take a break and I guess I can try that but I really don't feel comfortable until I do at least something small to get started on my goal.

When I saw my doctor last week to discuss a possible thyroid problem, I also talked to her about taking stimulants again. (I had taken one from an old bottle the day prior and gotten a lot done that day) I still don't know if I have ADHD or not but I still highly suspect it given my childhood and my style of working. I just don't do well without pressure and now that I am looking at a career that needs me to be a self-starter, I am hopelessly flailing. So I have been on the medication now for about five days and it has been helping.

I have not been able to do much on building my new career because there is a school vacation here in New York this week but irregardless, the medication has definitely helped. I have been getting things done and have tried stay organized despite the tremendous break in routine from the kids being off from school. I have been more patient and upbeat with my children as well. The stimulants are especially helpful when I am working on reading with Logan because he hates reading so much even though he can read above grade level.

The side effects still need some getting used to but overall I am glad I decided to help myself this way. I am hoping that once I fall into a new lifestyle where I will have deadlines because I have many jobs, then perhaps I may not need the medication. To be sure, it does not help me with my forgetfulness. That is only solved by me being consistent in updating my blackberry. However, with the meds, I feel I have myself there (in my head) to remind me to get moving.

I have even started to turn off my computer because I've realized that at most times, I am doing nothing while I'm on it. I didn't want to face it but I have realized that I have been constantly checking my email to see if anyone wrote me. It's as if I'm looking for people asking me to do something because I feel like I have nothing to do. The medicine is helping me move away from this bad habit. I hope that it will help me accomplish my goals. I need to move on with my own life. Wish me luck.

Photo:
This break has been hard for me because I've had no help at all. On top of that, the weather has been awful so I couldn't even take them out. Yesterday was the first day that I had trouble breathing in a long time. They were that crazy. I credit the medication for giving me the patience to get my kids to walk to the swimming pool in a rainstorm so that they can be out of the house and have fun. Unfortunately, Logan started turning blue after 45 minutes and so we had to get going. My husband thinks it is because he is so skinny. The stimulants he's taking really don't help the situation.

Spencer was no picnic either. Getting him to the pool was very hard because I had to put new rain gear on him and he gets upset by anything new. He also didn't want to go because he didn't want to get his "boo-boo" wet. Lately he has been wearing band-aids. While he has finally allowed me to put one on him, he will only take one type of band-aid and it has to be the same size. He will also scream when I put an antibiotic cream on him but I do it anyway even if he doesn't need it so that he'll get used to it. His therapists and I are working on this rigidity and I am working on breaking routines without driving him nuts. I hope he starts to loosen up soon.
Posted by Jenn at 3:42 AM

You can do this Jenn!
kct

Luke also begins to turn blue at the pool and gets colder than the other children. I also suspected the meds for that.

You and I are such kindred spirits, I think. I have the same writing aspirations, weight loss aspirations, and the same lack of motivation or drive to accomplish any of it. Some days it drives me nuts and some days I just throw my hands up and say, "who cares?"