Sick of Worrying Myself Sick 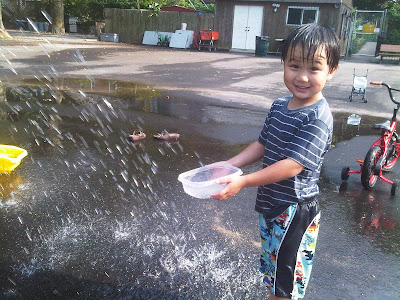 I worry so much. It is ruining my health, my life, and my relationships with my family.

I wish I could just stop worrying but I just can't turn it off. It is almost like it has a life of its own. I also never know when my anxiety is taking over the driver's seat. It's like one minute I am fine and the next minute, I am struggling to take deep breaths.

I really really hate this. I wish I could be fine and not have to take medication to help me stop worrying. I have nothing against medication and would gladly swallow all those tiny pills but the side effects are killing me. The latest medication that I am trying has given me such bad constipation that I actually had a backache. I don't know what to do about this. It seems like the benzodiapenes do not work well in the long term and the SSRIs do work well in the long-term but cause me such a horrible GI discomfort. I called my doctor immediately and she told me to try some things like flax and coconut water but really the best thing that helps is my stimulant medication. I actually have to have both components to feel like a normal person.

It is at times like this that I think about how my son's body is handling his own little pharmaceutical goulash.
Read more »
Posted by Jenn at 1:52 PM 5 comments: 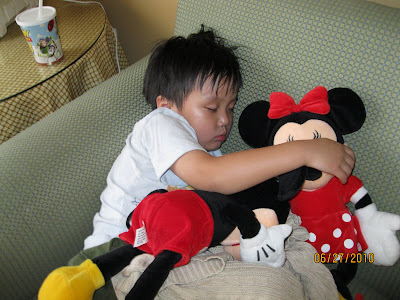 I really hate summer. Sometimes I just can't stand it. I hate the heat. I hate the frequent disturbances of routine and while it is all in my head, I feel a constant need to make sure that the kids are having a blast. After all, it is summer. If they are not having fun, playing outside, or going somewhere for the weekend, then I feel like I am being a very incompetent mother.

Something is clearly wrong with me for disliking summer, right? I think part of it is because for me, summer is a time for reflection. It is the time of the year to sum up what progress has been made and what else is left to do. When I think about the latter, I shift from feeling overwhelmed to feeling like a failure.

This is the time of the year when I realize that I barely spoke to Logan's speech therapist and haven't worked hard enough on the things she told me to do for him. I especially am reminded of this as I listen to Logan trying to tell me what happened in school and he makes very little sense.

This is also the time of the year when I think about all the things Spencer needs to be able to do once he gets to preschool. This list keeps growing. I think about what I should be making for lunch at home now so that he could practice eating things that are easy to send to school. He is still so picky and so slow. He is tactile defensive on his hands so he doesn't like to get his hands too dirty when he eats so that knocks out options too. Don't even get me started on his allergies.....

I also think about how he'll do in storytime since I have been told that this is hard for him in the pre-preschool (for special needs kids) he attends. I also think about if he will hit or push other children because this has recently been happening. Even though he does this mostly out of overstimulation, I still worry.

To add to my summer frustration, I was planning on doing a lot of reading. But when I planned this, I forgot that I am not like other people. I have less time to myself in the summer, not more.
Read more »
Posted by Jenn at 2:07 PM 5 comments:

Disney with Disabilities? Can it be Done? Vacationing with two children is never easy but throw in two servings of anxiety and extra helpings of hyperactivity and suddenly you wonder if you should just stay home and not bother trying to do "normal" things that are out of your reach.

That is how I felt occasionally when I went to DisneyWorld in Florida last week. I have been back for three days and I am still so tired. I feel so terrible that I feel like I am coming down with something but in truth, I know that it is nothing more than exhaustion and possibly medication withdrawal (will explain later).

There are so many things to discuss but maybe I can just focus on one aspect at a time, that is vacationing with a special needs child X 2 = FUN only if you have patience and realistic expectations.

My first plan for the vacation was all about being realistic. After having taken the kids to Sesame Place a month ago, I came to the conclusion that my kids should not be in a theme park for more than 3-4 hours. I knew I would be getting the disability passes for the kids so that line waiting would be cut down and we could get more rides in anyway. I also decided to stay longer than I normally would (whatever that means) and stay for 8 nights so we could take our time enjoying the parks.

I promised myself that I would plan each day, give the kids a lot of YouTube exposure about Disney before we left and when we got there, I would give my kids a checklist of the day's itinerary to reduce anxiety. Most importantly, I promised I would take us home early and relax in the pool by afternoon. Unfortunately, we rarely followed such plans.

What is ideal is all nice and good but then reality comes knocking and all that is ideal is left blatantly hanging on a hook on the wall so that you can't forget how stupid you are. The truth is, I was overwhelmed with planning the trip and the end of the school year brought about a lot of unexpected work that cut into my master vacation planning time. I didn't realize that DisneyWorld was that huge and while I did succeed in exposing them to Disney characters and many of the theme park attractions, I was not successful in figuring everything out before I got there.

I also didn't anticipate how much we needed to split up the kids. They are only three years apart and yet, their tastes, I found were already vastly different. Spencer likes easy spinning rides like Dumbo, the carousel, the tea cup ride. Logan wanted race cars, stunt shows and things to shoot like Buzz Lightyear's Ranger Spin.

Additionally, my husband didn't want to leave the park so early. This is what I mean by being realistic. Even though he agreed with me before we left that leaving the park early and relaxing by the pool in the afternoon should be the plan, he changed his mind like a teenage girl once we got there. I can understand that. The theme parks are feasts for the eyes and all you can do is think about what each attraction has to offer the children (and yourself). That is, unless you are me, with a three year old constantly whining and clinging onto you and challenging the little patience you have left in heat wave temperatures.

While we didn't want to, we really needed to separate the kids on the first day because it was obvious that both of them were losing their patience but to my great disappointment, Disney refused to give my children their own disability pass. Instead they had to share one. YES. This is true!!!! Two employees at the guest relations desk said that only one pass was given per "group" despite the group having more than one guest with a disability.

I explained to them that the kids were of different ages and that they would not enjoy the same attractions and they told me that the pass I was getting was "a really great thing" and that the other child could use the Fastpass option. I won't get into the Fastpass option right now but take my word for it, it is not the same thing as a disability pass. I was really peeved too. It was quite obvious that they were telling me that I was lucky to be getting what I was getting so I should stop my bitching.

I thought that maybe I just ran into two misinformed guest relations personnel but lo and behold, after an exhausting and frustrating first Disney day, I called Disney's customer service (for guests with disabilities) and they confirmed that this was indeed Disney's policy.

HOW STUPID IS THIS?